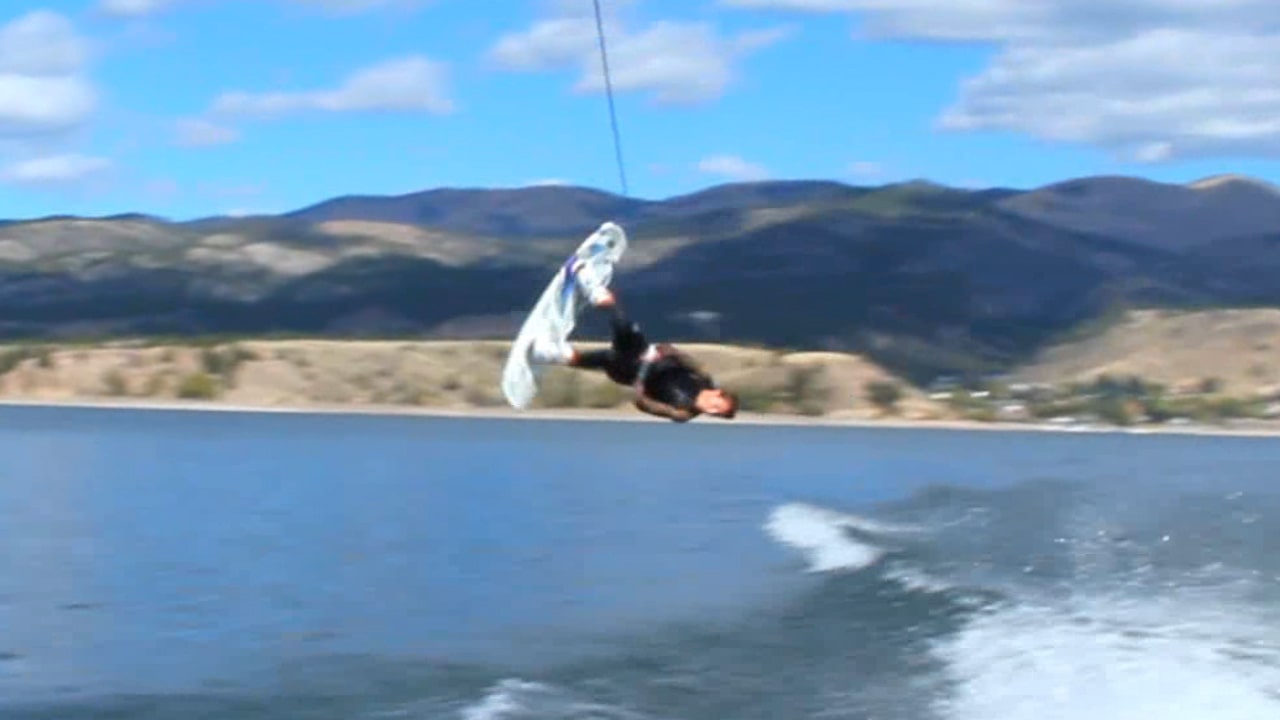 About the Front Roll

The heelside front roll is a super awkward trick that feels insane when you ride away clean. Before trying this trick, be sure you have a few other inverts dialed (backroll, tantrum). Frontflips and sideflips on a trampoline are helpful as well.

The tough part about this trick is timing your pop as you throw your shoulder forward off of the wake. You’re flipping the opposite direction as the wake wants to throw you, which makes this so weird. I like to take a really aggressive carve into front rolls. With an aggressive carve, you have plenty of time to get this trick around when you pop properly and you can really float it out. If you don’t pop properly, the speed can help you still whip it around even if you’re a bit low.

The first few times you try this, there’s a decent chance you’ll mess up the pop and get about half way around. It happens. I like to think about my legs and torso doing 2 separate motions in this trick, and then coming together. As I hit the wake, I pop my legs like I’m doing a normal wake to wake jump, while at the same time I throw my front should up and across the wake. Try to thing about rising as much as you can, because if you try to throw too much flip too early you won’t get any lift.

As you leave the lip of the wake, you can start to tuck that front knee up a little bit and really lead the flip with your torso. Once you’re fully off the wake, your legs can follow and you can complete the flip evenly. With a good takeoff this trick won’t take many tries to land at all. It’s not too technical in the air and as long as you bring it around at least 3/4 you can usually ride away. The nice thing about the front roll is that you can’t really catch your nose or tail – the falls aren’t usually too bad.

I’m still not consistent with this trick, but I’ve done a handful of good ones and know and feel the difference when I pop properly. Like the back roll, this trick requires patience off the wake and good attention to how and when you pop. There’s a period in this trick when your legs are almost straight up and down while your torso is approaching at like a 45 degree angle, and that’s awkward. Accept that this is a weird trick and try to get that motion down.

Like I said, this is a super fun trick to land so get out there and stomp it! Comment below with questions or progress!

How to Heelside Frontside 180 on a Wakeboard

How to Heelside Back Roll on a Wakeboard

How to Raley (Superman) on a Wakeboard

All Wakeboarding Tutorials
View All Sports