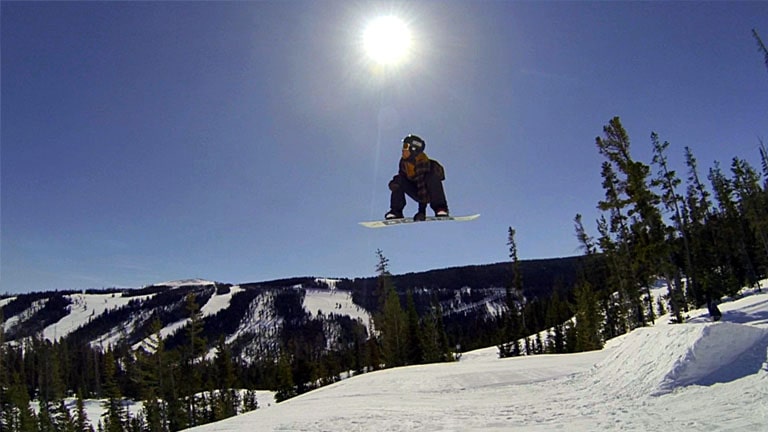 The double wildcat is first double that most riders learn. It’s not incredibly technical, but it is scary and it is magnitudes harder than a single wildcat. There are simply more factors that go into this trick. You need a bigger jump, more speed, more pop, and everything is that much harder to spot and judge. Your first one requires you to find a jump that’s big but not too big, because you want time to spot but you don’t want to “see what happens” on an 80 foot kicker your first go around.

Before going for the dub wildcat, you should have wildcats and backflips dialed on small to large jumps. If you can’t layout a backflip on a 50-60 foot jump with ease, you’re not ready to double. Some may disagree, but that’s my opinion. You should also be comfortable with a variety of flip and spin tricks, such as rodeos, underflips, 720s, etc. None of these specifically are necessary, but the double is a whole new feeling so it’s good to have a wide variety of tricks in your bag for the most possible body awareness.

Have your double backflips dialed on the trampoline as well. If not on the trampoline, at least off of diving boards, cliffs, rope swings, etc. Be used to the feeling of flipping twice. Access to a foam bit or airbag would be awesome, but I know most riders don’t have that luxury. If that’s the case, wait for a soft spring day or a pow jump. You can certainly send it on any normal day in the park as well, but I’ve never seen anyone land a double first try. Just give yourself some cushion – just in case! My first double wildcat took me 5 tries on the right jump. I tried twice prior on a jump that was far too small and hurt myself.

Picking the Jump and Sending It

For your first double, I’d recommend a 40 footer with good pop up to a 60 footer with less pop. If you’ve seen edits out of Park City, their 2nd jump in their medium line is perfect. Plenty of pop and not too huge. Hit the jump a handful of times doing a variety of big tricks you’re comfortable with. Once you’ve got the speed dialed and you’re ready to send it, get in the right mindset. Hit the jump flat based and don’t forget to pop. That’s important. When I first started doing dubs I was too stoked to flip twice and forgot to pop a lot of the time. It lead to a lot of close calls. Let yourself rise. Once you leave the lip, tuck and grab indy. Grabbing locks you in. You’ll be surprised how much force is trying to open you up on a double. The grab keeps you secure.

You probably learned how to wildcat on a small 10-20 foot jump. I always think about the pull for a double wildcat on a 40-60 foot jump being the same as the pull for a single on a 10-20 foot jump, except you keep tucking after number 1. Do your best to spot the landing in flip number one so you can compensate in flip number 2. Like I said, this one is harder to judge than a single. It’s a bigger jump with more rotation. It’s tough to judge perfectly at first. If you manage to spot your landing in the first flip, be prepared to open up early or tuck even harder. I generally like to pull a little too hard and open up early to give myself a little wiggle room. They’re more fun to overrotate than to underrotate, and that’s coming from someone who’s done both many times.

I struggled big time with accidentally spinning in my rotation when first learning. I would accidentally rotate backside somehow and end up hooking a heel edge or wash out to switch. If this is happening to you, focus big time on going straight over. Just like when you first learned to wildcat, focus on going straight over your tail. If you keep the double perfectly straight, washing out is hard to do by accident. If you are a little off axis, if you don’t open up at the perfect time washing out is likely. Keep that in mind and go stomp this trick! This was my first double (actually, still the only one I’ve landed… I’ve tried 3 others variations) and I still remember the feeling of landing my first one. It’s the greatest.