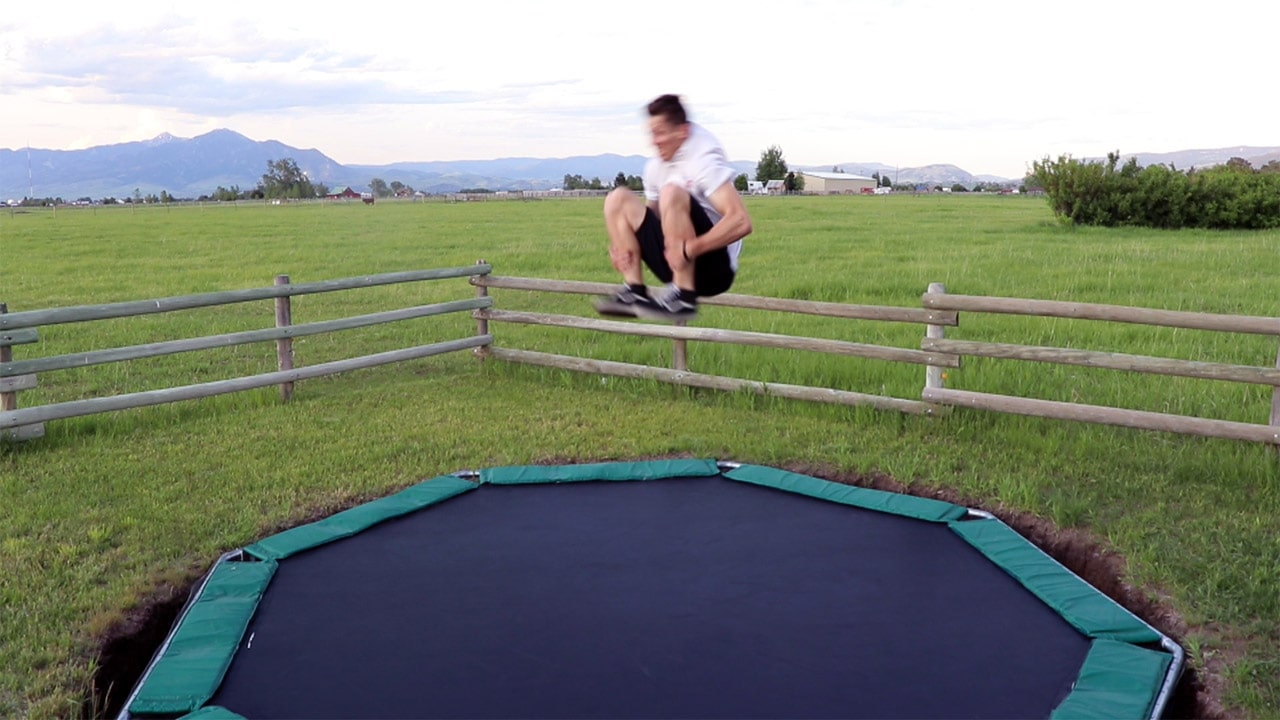 The double frontflip is a pretty intimidating and risky trick on a trampoline due to its blind nature. If you follow this tutorial and ensure you’re ready before trying this, you can make it as safe as possible and land it just a handful of tries. Before attempting a double, you’ll obviously want to have frontflips super dialed in. You should be able to do them low, high, fast, or slow. You should also be in the habit of keeping your knees wide. This prevents your face from hitting your knees if you underrotate. Let’s get into it.

Remember that flips go up, around, and down. When doing a double frontflip, you want to focus on throwing up before you throw the flip. Bring your arms above your head and as you near the peak of your bounce, throw your arms forward and tuck your knees. Remember, keep your knees wide. Grab your knees on the outside and pull them apart to speed up your rotation. Commit to that second dip. It’s likely that you will underrotate your first few tries by about a quarter, as it’s hard to time and judge. As long as you keep those knees wide, that’s okay. After a handful of tries you will start to get the feeling for where 2 comes around, and it really is all feel since the double frontflip is so blind. Once you get the feel for it, you should be opening up at just past 1 and a half so that you have time to slow down your rotation and land the trick clean.

For this trick, I’d recommend a pretty high bounce, similar to a double backflip. Focus on staying in the same place and not moving forwards in the flip. Remember – up, around, and down. This will keep you safe and allow you to execute the trick as well as you can. If you’re landing in the same place your technique is good. If you’re moving forwards you’re focusing too much on the flip and not enough on the jump. Best of luck! Comment below with questions or progress.

How to Frontflip on a Trampoline

All Trampoline Tutorials
View All Sports