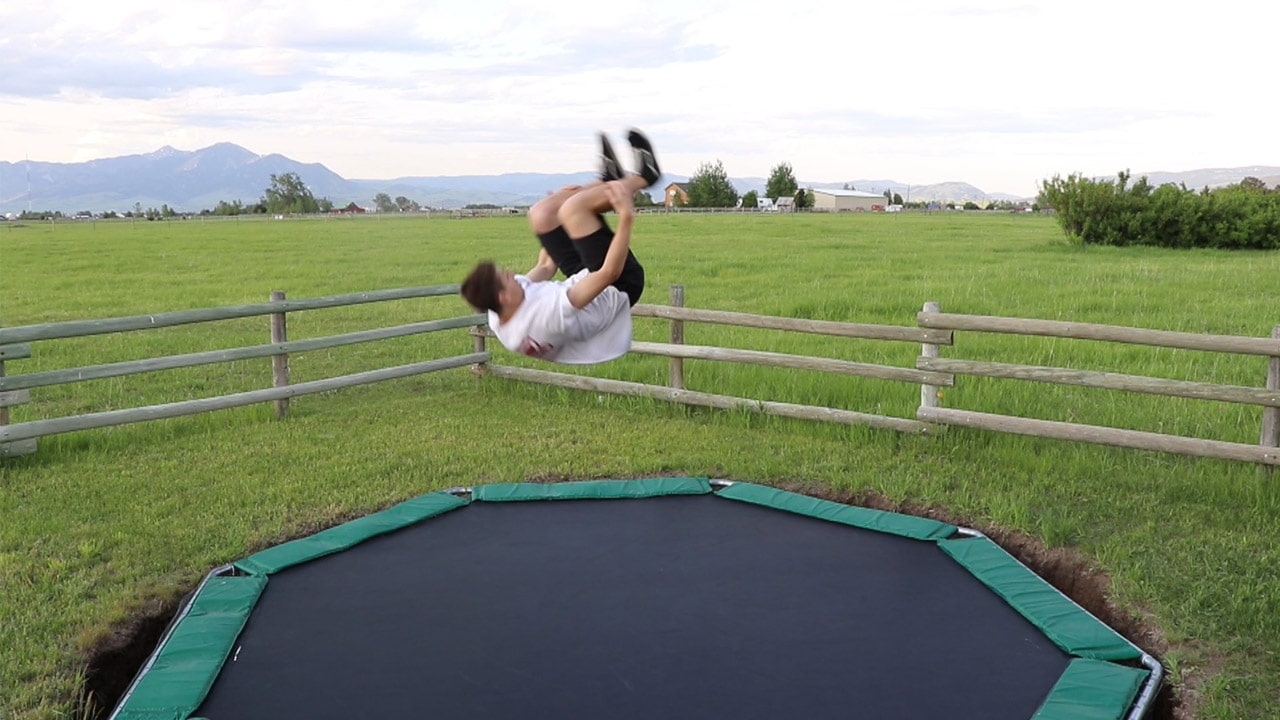 The front flip is a fun trick that can be done in many different sports once you learn it on the trampoline, including skiing, snowboarding, wakeboarding, BMX, and more. While it’s often the first invert you learn, it’s actually a bit harder than a backflip due to the fact that you land blind. Before learning this, make sure you’re comfortable with forward rolls and the motion of going upside down. Let’s get into it.

Flip tricks go up, around, and down. In this trick, you want to allow your body to rise before you flip. Throw up and around instead of straight down. As you rise, bring your arms above your head and throw them towards your knees along with your head and upper body. Tuck and grab your knees. Ensure your knees are apart so that you cannot hit your chin on your knees if you fall. As you finish up your rotation, extend out and put your feet down.

It will take you a few tries to learn the timing since it is a blind landing. You will learn to feel it out properly and land them consistently. Remember to focus on rising first. Best of luck with this trick. Once you have it dialed, you can start doing combos (barani, frontflip 360, double frontflip) or take this trick to different action sports.

How to Double Frontflip on a Trampoline

All Trampoline Tutorials
View All Sports