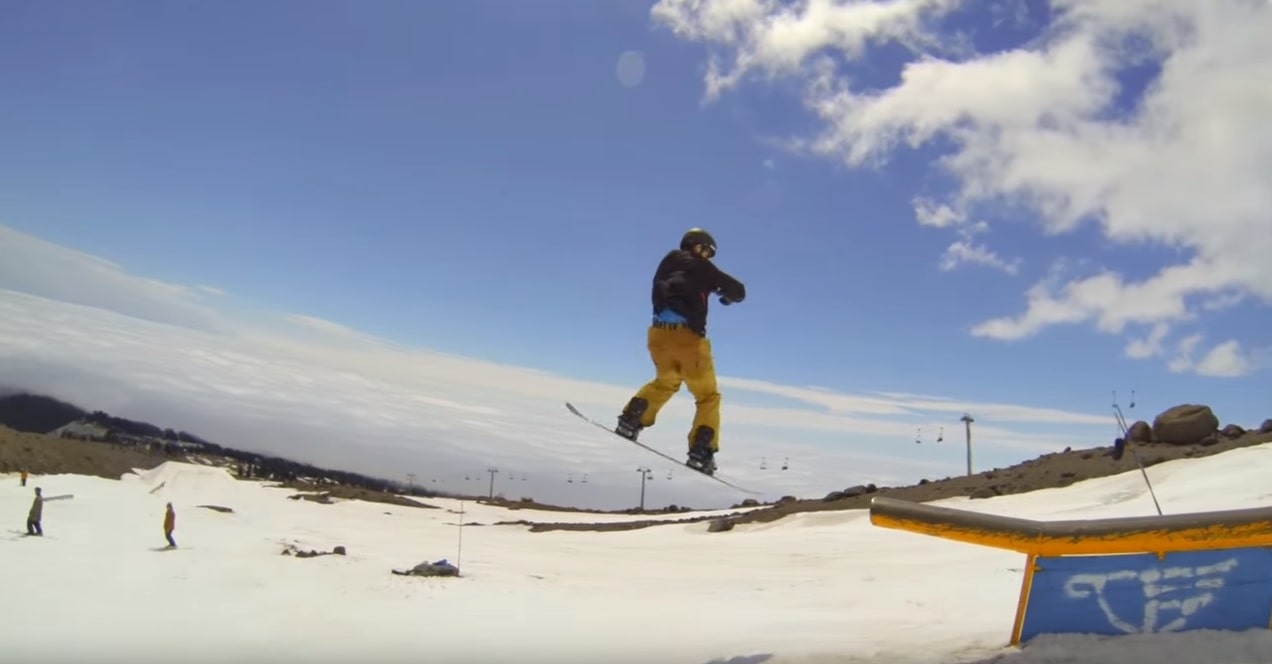 Doing a frontside 360 off of a rail on your snowboard can be intimidating at first. This is due to the fact that the trick is somewhat blind as you land, and it can feel like a lot to commit to when first learning. Once you’ve got this trick dialed, it is actually easier than a backside 360 off and is easy to whip around in a short amount of time.

How to Do the Trick

To start, obviously you’ll want to get onto the rail in a 50-50. You should start with a frontside 50-50 or a backside 50-50. Once you’ve got this trick dialed you can start adding tricks onto the rail, like a Cab 180 On Pretzel 360 Off. Now that you’re 50-50ing the rail, you’ll want to bend your legs as you approach the end of the rail. Frontside 360s are initiated with your torso and finished with your legs. As you reach the end of the rail, turn your shoulders and head hard in the direction you are spinning. While doing so, you should pop off of your legs just a bit. Be sure to focus on keeping your body upright, as many people tend to go off axis while first learning this trick and land on their side.

Once you’re in midair and halfway through your rotation, it’s time to start thinking about how you’re going to land. You can finish off a Frontside 360 Off with a quick whip of your legs and the rest of your body will follow. If you can do a Backside 180 it’s a similar feeling, except it’s switch. Just bring those legs all the way around and then follow through to ride away clean. Again, it can be a bit intimidating at first, but if you can do Frontside 360s on jumps and you’ve got Frontside 180s off of rails dialed in, you’ve got this trick. It’s super fun once you’ve got it, so best of luck!

How to Double Wildcat on a Snowboard

How to S-Carve on a Snowboard

How to Method on a Snowboard