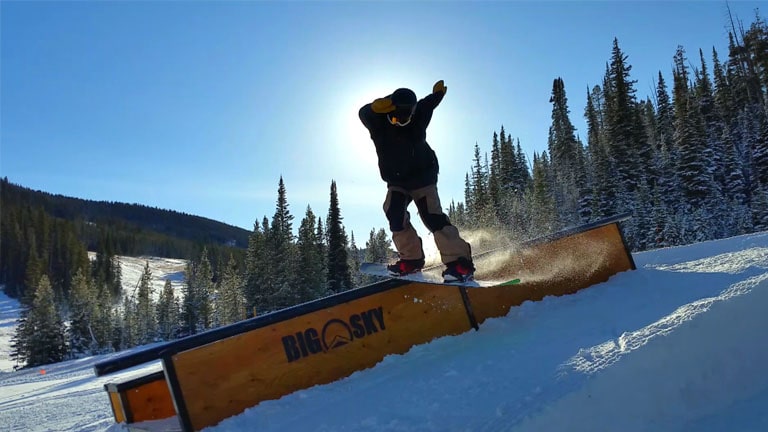 The frontside lipslide is a rail trick that involves approaching the rail facing forward. As you reach the rail, you pop up and bring your tail over the rail to slide the rail forwards. I personally find these far easier than backside boardslides because popping off your toes is easier than popping off your heels. The frontside lipslide scares a lot of people because you can accidentally hook your tail on the rail while trying to bring it over. In a back board, you can see your nose. In a front lip, you cannot see your tail going over the rail. This is what makes the trick scary.

Before attempting a frontside lipslide, make sure you are comfortable doing 5050s on boxes and rails. Ideally, you should be able to 5050 urban-on features as well. This is where the start of the rail is higher than the lip of the takeoff, requiring you to actually pop up to get onto the feature. Ride-on features are features where the lip of the takeoff is at the same level as the start of the box or rail. I would highly recommend learning the frontside lipslide on a ride-on feature and then working your way up to urban-on features.

Start with a ride-on box or rail. Approach the rail frontside. If you’re goofy, this means you’ll be approaching the feature from the right. If you’re regular, you’ll be approaching it from the left. Be on your toe edge with your knees bent as you approach the lip. As you begin to leave the lip, pop up and rotate your back leg towards the box or rail. On a ride-on feature, you have little to worry about. On an urban-on feature, it is essential to be sure to pop hard enough to bring your tail over the rail. If you don’t, you’ll quickly become a human taco.

Cleaning the Rail and Riding Away

As your board hits the feature, focus on staying completely flat based. If you’ve never been sideways on a box or rail before, it’s not like riding sideways on snow. On snow, you have to be on your heel edge. On a feature, you have to be flat based. Your weight should be perfectly centered over your snowboard. Try to lock the feature in between your bindings and ride through to the end.

The setup for this trick is a little different whether you want to bring it back to regular or ride it out to switch. If you want to pull the trick back and ride it out in your normal stance, focus on putting the rail more under your front foot when you first get on. This along with a counter motion in your torso will allow you to pull it back. The trick naturally wants to go to switch.

Once you are comfortable with this trick, you can begin doing it on taller features that require more pop as well as tougher rails, like down flat downs. Instead of just going to switch or regular you can also start working on doing 270s off or pretzel 270s off. Best of luck with this trick! Leave comments below with questions or progress.

How to Double Wildcat on a Snowboard