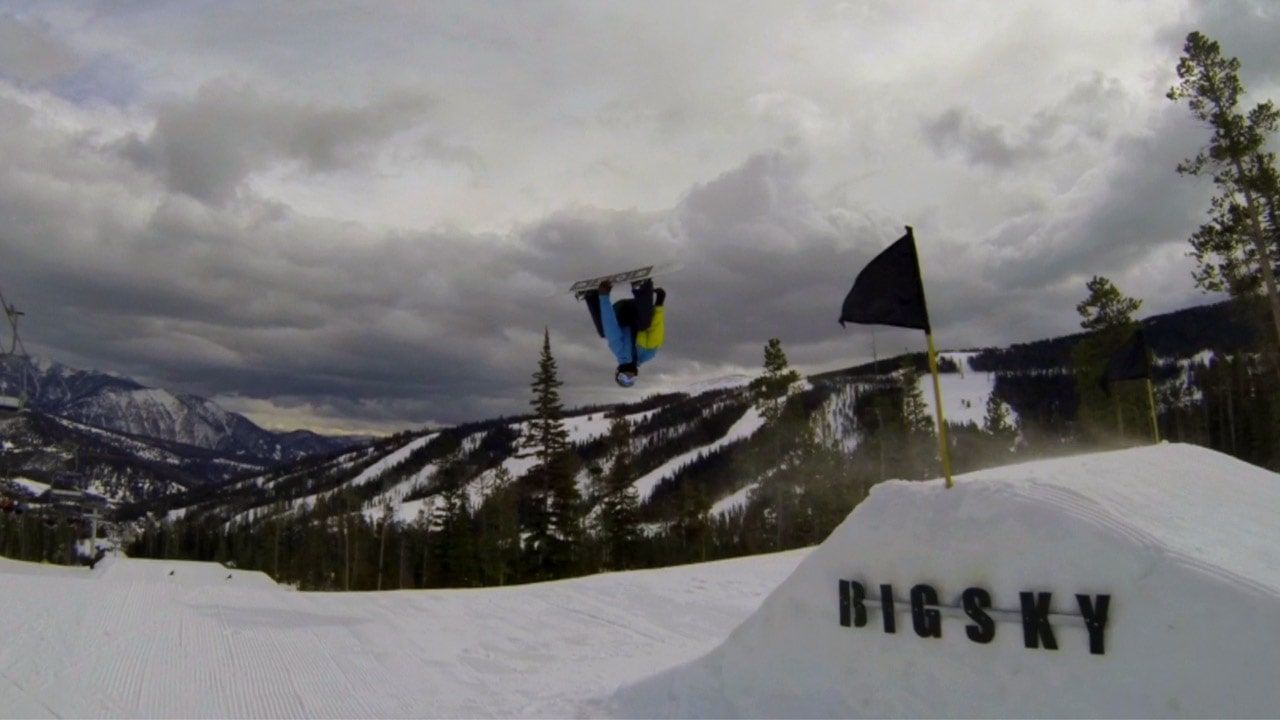 The frontside underflip 540 is a fun trick on a snowboard that ties a frontside 180 and a backflip together. Once you have backflips dialed, the underflip can be a little intimidating but isn’t too much harder. The most difficult part really is the takeoff, but once you have that dialed the rest of the trick comes easy.

Setting up for the Flip

Start with a an S-Carve that sets you up for a frontside spin. Like I said, the takeoff is the hardest part. In an underflip, the major tendency is to prespin and forget to pop. I’ve been doing this trick for years and I still tend to do that. It leads to sloppy, sketchy flip. You get way too excited and forget to be patient. Patience is the key with this trick. Focus on taking off as straight as possible with that S-Carve. This trick is tougher than most not to prespin. A bit is okay and it’s hard not to on underflips, but ideally you want to take off straight. If you watch Max Parrot’s cab quad underflip, he prespins almost a full 90 degrees. He stomped a switch quad underflip, which is dope, but that prespin is what you really don’t want to do when learning.

So, we’ve gathered prespin is bad. Next up is pop. On a lot of jump tricks, pop comes natural or isn’t that important. It matters on underflips. It sets up your momentum in the air better, and counters any prespin you may have accidentally done. Your knees should be slightly bent as you ride up the takeoff. As you set up and finish that S-Carve, your knees should extend and you want to really feel that pop as you leave the lip of the jump.

Now you’re in the air. I like grabbing indy. It’s smoother and keeps the trick more controlled. Take your head and front shoulder and throw both back (into the flip) and frontside (right if goofy, left if regular). Underflips are generally done by completing the first 90 degrees of frontside rotation as you dip into the flip. As you complete your flip and spot your landing, you can pivot you legs to complete the last 90 degrees of rotation and ride it out switch. Also, once you get this trick, switch underflips really aren’t that hard. It’s nice to land forwards and the rotation can even feel more natural. Follow the same instructions with the setup for a switch frontside S-Carve. Again, focus on pop and not prespinning. That can be even harder to manage switch.

Get out there and send it and leave me a comment when you stomp it! Let me know if you have any questions or tutorial requests as well.

How to Frontside 360 on a Snowboard